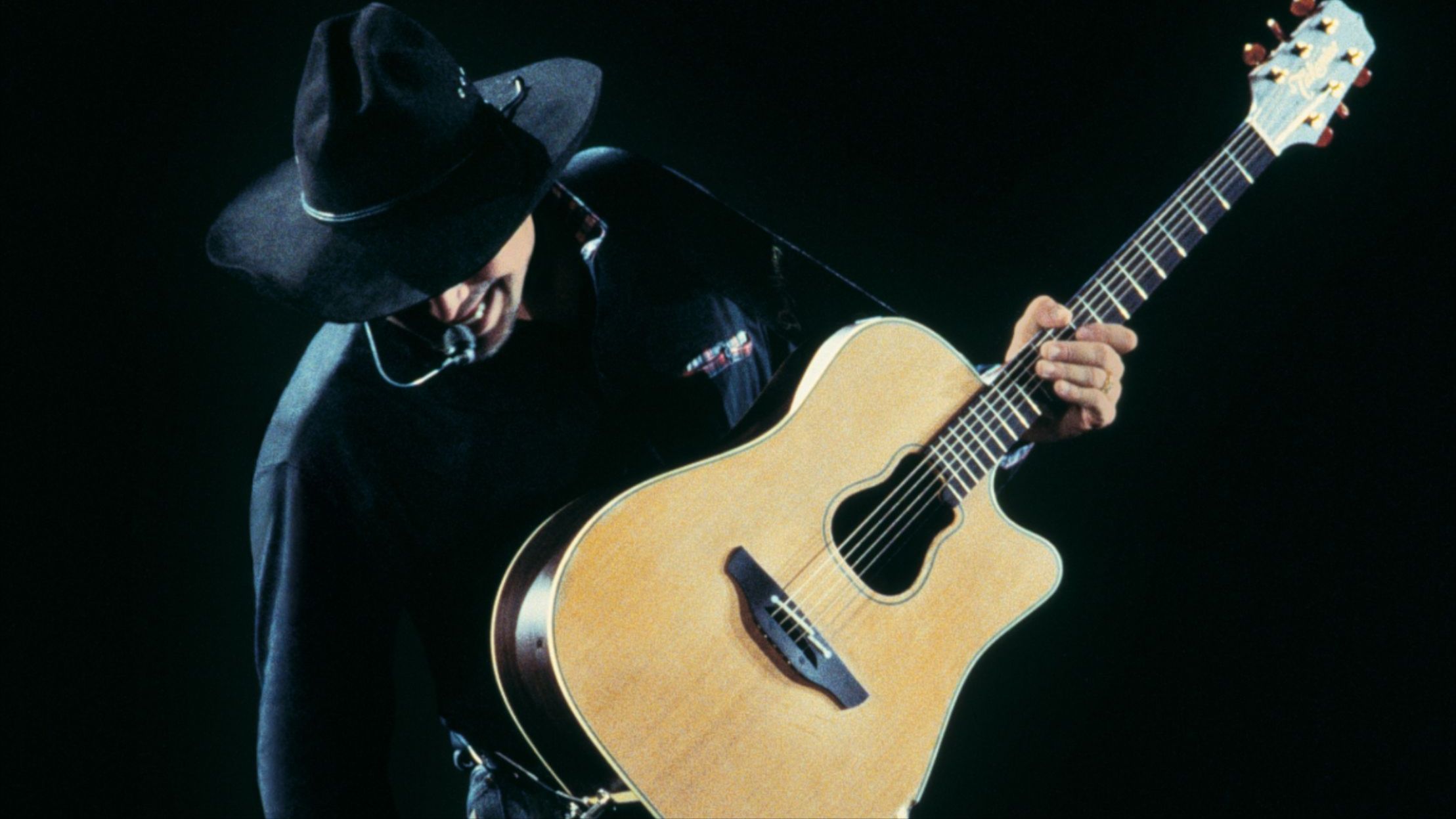 GRAMMY Museum® Mississippi unveiled a new special display dedicated to Garth Brooks.  The display features artifacts and personal memorabilia from the two-time GRAMMY®-winning country star, including the Takamine acoustic guitar Brooks played during his appearance at the Mississippi Museum on Sept. 24, 2019, and the uniform Brooks—a longtime baseball fan—wore when he participated in a training camp with the Pittsburgh Pirates, among other items. This special artifact case will be on display for a limited time only.

Garth has been such a strong supporter of our GRAMMY Museum as long as we’ve been in Mississippi. We are grateful to him and his amazing team for giving us the opportunity to share some of his most beloved items from his personal collection with our visitors.

Garth Brooks is a seven-time CMA Entertainer of the Year recipient, a first for any artist. He’s also the first and only artist in history to receive nine Diamond Awards for the now eight albums certified by the RIAA at over 10 million album sales each. He remains the No. 1 best-selling solo artist in U.S. history, certified by the RIAA with 157 million album sales. He’s received every accolade the recording industry can bestow on an artist.

In January, Billboard announced that Brooks was the first artist to make it on the Billboard Hot Country Songs chart in the ’80s, ’90s, ’00s, ’10s and now ’20s. Brooks debuted “Much Too Young (To Feel This Damn Old)” in 1989. Now, with “Dive Bar,” a duet he sang with Blake Shelton, Brooks made his appearance on the list in 2020.

In March 2019, Brooks launched the Stadium Tour, named by Pollstar at the end of 2019 as the best-selling country music tour of the year. In addition to his music, Garth Brooks celebrated the 20th anniversary of his Teammates for Kids Foundation, which, in partnership with professional athletes, corporations, foundations, celebrities and individual teammates, helps children in the areas of health, education and inner city. This is done in a number of ways, from funding Child Life Zones and supporting Child Life programs in pediatric hospitals, to sports and recreation for inner city children and providing educational opportunities for the underprivileged. For more information, visit garthbrooks.com or teammatesforkids.com