Join GRAMMY Museum® Mississippi as we feature Nashville Songwriters Hall of Fame inductee Rivers Rutherford for an intimate conversation and performance as part of the Words & Music: A Songwriter Series. Tickets are $15 for Museum Members and $20 for non-members. 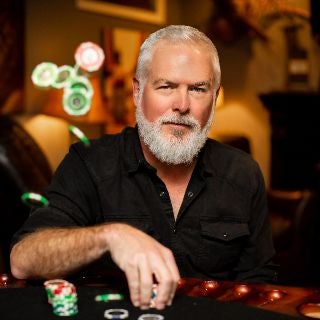 Growing up in the shadow of Elvis Presley's Graceland homestead in Memphis, soulful storyteller Rivers Rutherford came out of the gates swinging at 21 years old, landing his first cut with American legends Johnny Cash, Willie Nelson, Waylon Jennings, and Kris Kristofferson (aka The Highwaymen). What followed were a dozen No. 1 hits, multiple GRAMMYs®, CMA and ACM nominations, and over 20 ASCAP awards, including both of the coveted awards for Country Song Of The Year and Songwriter Of The Year, all of which have firmly established Rutherford's position within the upper echelon of Nashville's most lauded songwriters.

Currently signed to Verse 2 Music, Rivers continues to write with and for the biggest names in country music and in 2019 he was inducted into the Nashville Songwriters Hall of Fame.