Join GRAMMY Museum® Mississippi as we feature singer-songwriter Don Bryant for an evening of hit songs and ‘behind the scenes’ stories as part of the Words & Music: A Songwriter Series, moderated by Scott Bomar. 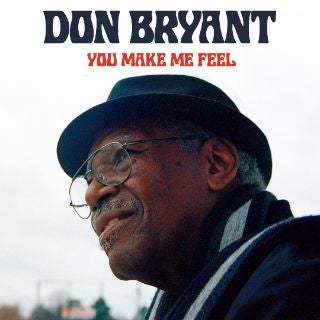 Singer/songwriter Don Bryant was born in Memphis, Tennessee, the fifth of ten children. He began singing in church at age 5, and soon joined his father's family vocal group. He eventually formed a gospel quartet for a high school radio show, finding success singing secular pop songs on Dick “Cane” Cole’s popular WLOK. The quartet performed as The Four Kings before becoming the front band for Willie Mitchell, with Bryant as the lead singer. Even as a teenager, Bryant was offered a shot at songwriting, and he began writing material for artists at Hi Records while continuing to record with The Four Kings and as a solo artist. However, with the success of Al Green, Otis Clay, and other vocalists at Hi, Bryant’s singing career took a backseat to writing. Bryant is credited on as many as 154 titles.

“My main thing is to tell a story,” says Bryant, songwriter and performer. “Taking an idea and making a full story out of it is a challenge to me.  If you can tap into things that people go through, then they want to listen.  And it’s not always the bad parts of what they’re going through, sometimes it’s the good part. My thing was love affairs.”

By 1970, Willie Mitchell had begun to pair Bryant with his newest act, a young Ann Peebles, for whom he wrote "99 Pounds" and "Do I Need You." The pair co-wrote the Top 40 hit “I Can't Stand The Rain” in 1973, and were married the following year. Bryant spent much of the subsequent decade writing and opening for Peebles, with his final Hi single coming in 1981, a duet with his wife called "Mon Belle-Amour.” Bryant focused mainly on gospel albums throughout the 1980s and 1990s, and ultimately stopped performing altogether outside of church services.

Following a conversation between producer Scott Bomar and former Hi Records drummer Howard Grimes, Bryant was invited to perform as a vocalist with Memphis-based soul homage outfit The Bo-Keys. Bryant accepted and, within a few months, found the inspiration to return to the studio where he and The Bo-Keys recorded Don’t Give Up on Love in the fall of 2016, which was released on the Fat Possum label in 2017. The album features an array of Bryant’s past triumphs as well as new material.