Stories on Screen: When Patsy Cline Was Crazy

Featuring a Post-Screening Conversation With Director and Producer Barbara Hall

Born Virginia Patterson Hensley in Winchester, Virginia, Patsy Cline (September 8, 1932-March 5, 1963) defined modern country music by using her singular talent and heart‐wrenching emotional depth to break down barriers of gender, class and genre. In her music and her life, she set a standard of authenticity towards which artists still strive. After years of hard work to overcome industry gender biases and her own personal hardships and professional missteps, she achieved success, only to have it punctured by uncanny premonitions and her untimely death at age 30. Cline’s many posthumous honors include being the recipient of the GRAMMY Lifetime Achievement Award, and also being the first solo female performer to be inducted into the Country Music Hall of Fame.

Narrated by Rosanne Cash, When Patsy Cline Was Crazy examines the roots of Cline’s impact in both personal and cultural terms to illuminate how she arrived at a pivotal moment in the evolution of American culture and, with Decca Records producer Owen Bradley, synthesized country, pop and rock in a new way to create the Nashville Sound. With exclusive access to the Cline estate, the film features rare performances of such Cline classics as “Walkin’ After Midnight” “Three Cigarettes in an Ashtray,” “Come On In,” “I Fall to Pieces,” “Crazy,” “You Made Me Love You” and more. The documentary also features exclusive archival interviews with Cline’s contemporaries and new interviews with a wide range of artists who have been influenced by Cline: LeAnn Rimes, Kacey Musgraves, Rhiannon Giddens, Wanda Jackson, Bill Anderson, Beverly D’Angelo, Callie Khouri, Reba McEntire, Mickey Guyton, Terri Clark and more.

GRAMMY Museum® Mississippi is thrilled to screen this feature-length documentary, after which Director and Producer Barbara Hall will discuss the film in a moderated conversation. 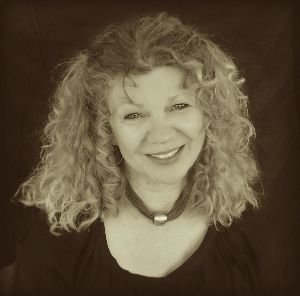 Hall has programming credits on more than 25 long form, music-based productions including authorized biographies and concerts, theme-related documentaries and theme- related series, all of which have worldwide distribution.

As an independent producer, Hall has enjoyed a long history of working with many broadcasting networks both domestic and international.  She has a worked with multiple networks in both production and consultation on rights and clearances.

Corridor Group brings along a production team with extensive history in music-related production and vast relationships in the music industry along with knowledge and skills in rights and clearances, an asset critical to successful music and arts production.