Stories on Screen: I Want My MTV

USE CODE MTV40 AT CHECKOUT

Upstart music network MTV burst onto televisions on August 1, 1981. Via a combination of scrappy hosts, fly-by-the-seat-of-their-pants production style, and music mini-movies, MTV was like nothing Americans had ever seen before.
A nostalgic and thrilling ride, I Want My MTV takes its audience back to the beginning, when the idea of a television channel devoted solely to screening newfangled videos seemed destined for failure. The film shows how a team of young executives tasked with growing this seed of an idea, would quickly flourish into a beloved but often controversial cultural juggernaut.

GRAMMY Museum® Mississippi is thrilled to screen this feature-length documentary, after which director Patrick Waldrop will discuss the film in a moderated conversation. 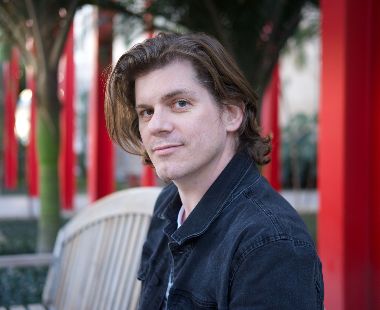 Patrick Waldrop studied Media, Technology, and Society at UC Berkeley and graduate film studies at UCLA. Before going to school, Waldrop produced shorts, commercials, and documentaries, including Killer at Large (2009). His directorial debut short film Cosmic Debris (2018) and a feature I Want My MTV (2019) premiered at Tribeca. A&E Networks acquired the MTV documentary. He is currently working on The Story of Story, a mixed-media series about the art, science, history, and future of storytelling.