POSTPONED-Spotlight: The Legacy of Les Paul

You may know of Les Paul’s multiple GRAMMY Awards, but do you know that it is his recording innovations along with his stellar performance techniques that inspire today’s guitarists to hail him as their guitar hero? B.B. King declared, “Les Paul is a genius,” as he described Les’ effect on the recording industry. Museum Members are invited to join us to gain insight into how curiosity and perseverance drove Les Paul to change the world of music. See his inventions that sparked the recording industry revolution and hear some little known stories about the genius. 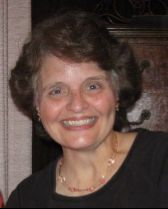 Sue Baker is the Program Director of The Les Paul Foundation. Baker became a close personal friend of Les Paul the last ten years of his life. She met Les while serving as the executive director of the museum in Les Paul’s hometown of Waukesha, Wisconsin. In addition to writing about Les Paul for various organizations, she continues to create teaching aids, which can be found on the Les Paul Foundation website.  Baker provides resources and guidance to authors, film makers, instructors and museum exhibit curators working on Les Paul projects.

This program is presented in partnership with The Les Paul Foundation whose mission is to inspire innovative and creative thinking by sharing the legacy of Les Paul through support of music education, recording, innovation and medical research related to hearing. To find out more about the foundation CLICK HERE