GRAMMY Museum® Mississippi is thrilled to welcome Shannon McNally to the Sanders Soundstage for an intimate discussion on the next part of her musical and personal journey and her latest album, Black Irish. The conversation will be followed by a special performance.  The evening will be moderated by Tennessee-based singer/songwriter Susan Marshall.

With a time-stopping voice, born in New York but simultaneously roughed up and refined by New Orleans and Mississippi, Shannon McNally has cut a singular path through the musical landscape - one that includes a GRAMMY nomination and a place on the stage with a who's who of rock, country and soul: Willie Nelson, John Mellencamp, Bonnie Raitt, Vince Gill, Levon Helm, Charlie Sexton, Dr. John, Bobby Rush, Luther and Cody Dickinson, Derek Trucks, and most recently, Americana legend Rodney Crowell who took the producer's chair for her upcoming release on Compass Records, a collection of transcendent folk-blues and country-rock songs that are poised to solidify her place as a peerless Americana songwriter and performer.

In Irish folklore it’s said that the darker Celts have special powers; it must be true because Shannon McNally’s blues-Americana return, Black Irish, will make you dance, break your heart, and save your soul. The primary colors of American music are black and white, and Black Irish displays that hybrid in many shades, mixing country, blues, soul, rock, folk balladry and classic pop. The album was recorded in Nashville, but its distinctive sense of place lies 210 miles west, where Memphis meets Mississippi.

Black Irish is McNally’s most personal project yet, which is saying a lot, given the Americana singer-songwriter’s deep catalog. But it speaks to the power of connection, and the power of music to create it and to reflect it. The kick off track “You Made Me Feel For You”, was written by her producer, Americana icon, Rodney Crowell, and serves as a metaphor for their collaboration - how his particular understanding of her unique gifts pulled out the career-defining album many have been waiting for since she came on the scene.

She co-wrote three of the album’s 12 songs – one with producer Crowell, who also penned two more for her; the rest include personal favorites by Stevie Wonder (“I Ain’t Gonna Stand For It”), Robbie Robertson (“It Makes No Difference”), and J.J. Cale (“Low Rider”). The result is an album that stands with the best of classic vocal interpreters like Linda Ronstadt, Bonnie Raitt, Emmylou Harris and Maria Muldaur.

The third McNally original on Black Irish, and an album standout, is “Banshee Moan,” about her experiences in the music industry, experiences common to working women everywhere. With its haunting melody and McNally’s rich, deep-blue vocals, “Banshee Moan” is no mere protest song, it’s a howl of the collective female spirit, equal parts softness and strength.

For those familiar with Levon Helm’s ramshackle take on Muddy Waters’ “The Stuff You Got to Watch,” McNally’s smoothly swinging rockabilly/ jump blues will be a revelation. It’s her tribute to Muddy. “I love how classy he was, how sharp-dressed and handsome, with his pompadour and his gold and his perfect suit.”

To McNally, the late Susanna Clark’s song about Townes Van Zandt, “Black Haired Boy” (with Emmylou and Elizabeth Cook singing harmony) is a bookend to “Prayer in Open D,” the two most “singer-songwriter” tracks, both featuring Crowell’s fingerpicking.

Also on the album is McNally and company’s take on the joyous, roof-raising Delta gospel of The Staple Singers’ “Let’s Go Home.” 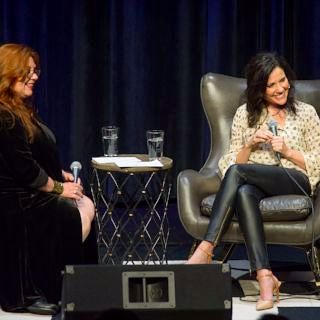 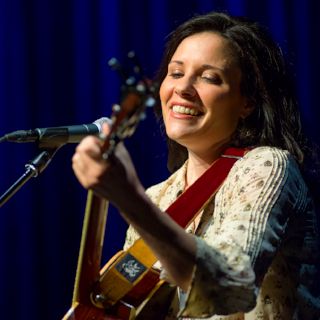 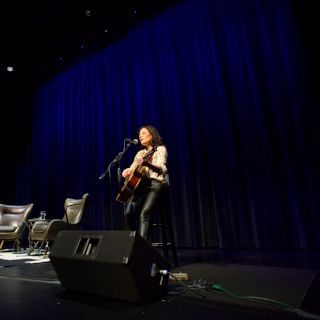