A Film Screening & Live Performance with The Grahams

“There is a special connection between American folk music and the railroad that has no parallel elsewhere in the world. Rail lines stitch together the sprawling fabric of American song. As writers of Americana music, our goal is to draw on the deep, recurring sources of American folk culture, giving them new shape,” explains the Grahams’ Alyssa Graham in “Rattle the Hocks,” a music documentary to be released in digital format.  The short film, directed and produced by Cody Dickinson (founding member of the North Mississippi Allstars and son of the late legendary producer Jim Dickinson), captures the Grahams’ relentless journey to explore the relationship between train travel and American roots music. However, what is inadvertently captured is a husband and wife living their American dream.

“We are not trying to reproduce the music of Woody Guthrie or Lead Belly or any other folk hero, but we are endlessly drawn to the master lines they (and their own forebears) laid down,” Doug notes. “Riding the rails gave us richer opportunities for this kind of work, allowing us to make the connection between rail and American song new, in a way that also honors the deep tradition of that connection.”  Rattle The Hocks has already screened as an Official Selection at several U.S. and International film festivals including Napa Valley Film Festival, Chagrin Falls Film Festival and the London Raindance Film Festival where it was nominated for Best Short Film.  The documentary also earned the 2016 Lagniappe Award for Short Documentary at the Mississippi Crossroads Film Festival.

Lifelong couple, both romantic and musical, Alyssa and Doug Graham have been performing together since they were teenagers, but fully committed to embracing their duo-ness with the release of The Graham’s debut, Riverman’s Daughter, in 2013. 2014 saw them play over 100 shows in support of that album, including a three-week run in Australia, which culminated with a performance at the Sydney Blues & Roots festival. The album was released on their own 12 South Records worldwide, except in Australia where Sony Music released it; in the U.S. RD spent 11 weeks in the Top 40 at Americana Radio. No strangers to the media they have appeared on Woodsongs, ABC TV and CBS Morning, and have been praised by American Songwriter, USA Today and The New York Times. Their sophomore album, Glory Bound, was produced by Wes Sharon (John Fullbright, Parker Millsap), and was influenced by the speed and energy of their recent cross-country train travels, where the songs came together.

Concurrently, they released a live album and film, Rattle the Hocks, which chronicles their train-bound excursions and the influence of train travel on American roots music. They will showcase both the film and the music during a special, intimate screening and live performance with The Grahams in the Sanders Soundstage. 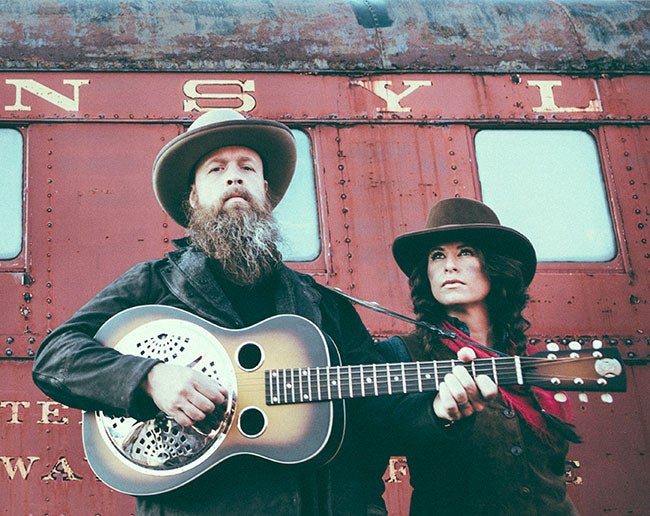