Guitarist, songwriter and producer, Marc Ford, began his music career in Los Angeles during the 1980s with his group, Burning Tree. He joined the Black Crowes in late 1991 and toured and recorded on three of the Crowes’ albums--The Southern Harmony and Musical Companion, Amorica, and Three Snakes and One Charm. He rejoined the Crowes in 2005-2006 when they toured and released The Lost Crowes--two albums the band never released when he was a member.  In 2002, Ford released his first solo album, It’s About Time. During this era, he experienced the highs and lows of surviving in a cutthroat music business through the years as well as being a dedicated family man. Ford’s following solo albums included Weary And Wired (2007), The Fuzz Machine (2010) and Holy Ghost (2014).

Ford won a NAACP award for his work on the Ben Harper and Blind Boys of Alabama album There Will Be A Light. Also, Ford’s role as a record producer allowed him to use his gift of tone and a powerful ability to listen. Artists he produced include Ryan Bingham, Pawnshop Kings, Steepwater Band, Chris Lizotte, Phantom Limb and Republique du Salem.  Through his career Marc Ford has performed and recorded with Izzy Stradlin, Gov’t Mule, The Jayhawks, The Original Harmony Ridge Creekdippers, Federale, Widespread Panic, Blue Floyd, Booker T. Jones, Ivan Neville and Heartbreaker Mike Campbell.

The group on The Vulture, The Neptune Blues Club, recorded their debut album in 2009, which charted at #15 for two weeks on the blues charts. This versatile ensemble includes Mike Malone (vocals, harp, keys), John Bazz (bass), Anthony Arvizu (drums) and Ford.  The Vulture was recorded on analog tape at John Vanderslide’s Tiny Telephone Studios located in the mission district of San Francisco. The album emits Ford’s greatest strengths: soulful musicianship, memorable songs and an emotive groove.  Ford explained the ethos of these new compositions: “If Holy Ghost was Sunday morning, then The Vulture is Saturday night…” The opening track--”Devil’s In the Details”--emerges as one of Ford’s finest. The tune operates in his electric wheelhouse. - (James Calemine)

Join us in the Sanders Soundstage on November 14 for an in-depth look at Ford’s career as well as his latest album, The Vulture. The conversation will be followed by a special performance. 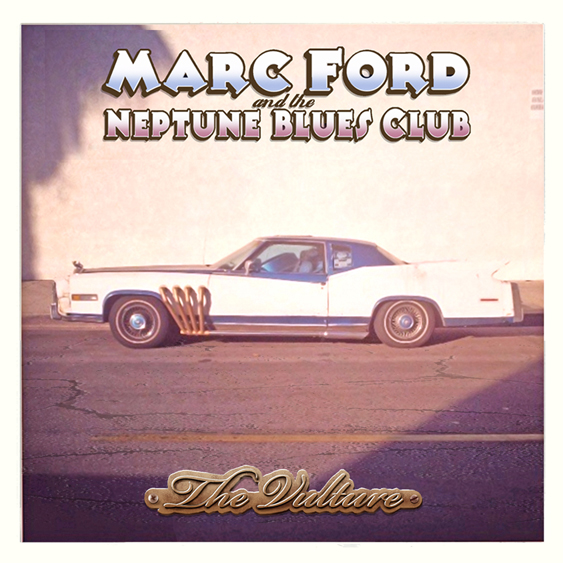