GRAMMY Museum® Mississippi is excited to announce our Front Porch Music Series. On November 15, we will feature the Mississippi Delta's high energy Blues and R&B group, The CUZ Band, with opening act Blue Elephant Club. This series celebrates different genres of music every other Thursday in October and November and features both up-and-coming and established musicians and bands. Each event in the Front Porch Music Series will start at 7pm and end at 10pm.  All events will be held on the Front Porch (weather permitting). Gates will open 30 minutes prior to event. Food & Beverage will be available on-site for purchase. In the case of inclement weather, the event will be held inside the Sanders Soundstage.

The Cuz Band is a high energy Blues and R&B band resonating through the MS Delta. No stranger to the music industry, most of the band members have been performing for many years. After getting their start in late July of 2012, The CUZ Band has performed at various venues throughout the MS Delta and other cities.

The band consists of Arnishia King of Memphis, TN (Lead Vocals), Keith Johnson of Greenville, MS (Lead Vocals), Charles Ross of Greenville, MS (Keyboards), Ramirez Lee of Leland, MS (Drums), Travis Calvin of Clarksdale, MS (Guitar) and Chris Parks of Cleveland, MS (Founder and Bassist). As a band, The CUZ Band has one ultimate and common goal: TO PLEASE THE PEOPLE while having FUN!

Blue Elephant Club was formed through friendships made through the Delta Music Institute at Delta State University. Known for playing anything from Classic Rock to 90's Pop, the Blue Elephant Club will positively get you up on your feet! Each band member may call Mississippi their home state, but they each share their own love for music, which enables them to share that love with each and every crowd while also having a little fun on stage! 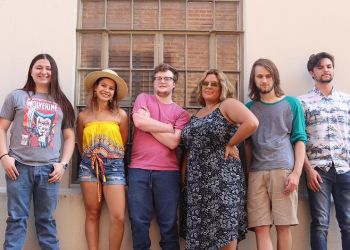