A Conversation With Tena Clark

GRAMMY Museum® Mississippi is pleased to welcome Tena Clark to the Sanders Soundstage to discuss her recent book, Southern Discomfort, and discuss her incredible career in the music industry. The program will conclude with a book signing for individuals who either attend the program or purchase a book on-site.

What musical touchstone does President Barack Obama share with Aretha Franklin, dubbed the greatest singer of the rock era by Rolling Stone Magazine? The answer is the expertise of Tena Clark.  A musical compass has guided Clark from humble beginnings as a drummer and engineer in rural Mississippi, to being discovered by Stevie Wonder and mentored in Hollywood. She has written and produced for some of the greatest legends such as Aretha Franklin, won a GRAMMY® for her work with Natalie Cole, nominated for a GRAMMY with Patti LaBelle and worked with artists such as Leann Rimes, Dionne Warwick, Chaka Khan and Maya Angelou. She has been commissioned to write theme songs for NASA and Hillary Clinton.

Clark has written award winning songs, contributed to multi-platinum movie soundtracks including Hope Floats, The Five Heart Beats, Where the Heart Is, and My Best Friend’s Wedding, and television shows such as Desperate Housewives. Clark is the CEO/Chief Creative Officer for DMI Music & Media Solutions. In addition to serving on GRAMMY Museum Mississippi's National Advisory Board, Clark’s work spans to film, television, stage, records and brands.

Clark is also a civil rights activist and crusader for women’s rights. The founder of VDay.org, Eve Ensler, asked Clark to write and produce their theme song, "Break the Chain," for the organization One Billion Rising—a movement to end violence against women and girls. "Break the Chain" has become the most globally performed song in history.  Clark is one of the most influential female producers in the music industry and American media. Clark's first book is a memoir titled "Southern Discomfort" was published by Touchstone an imprint of Simon & Schuster in October 2018. 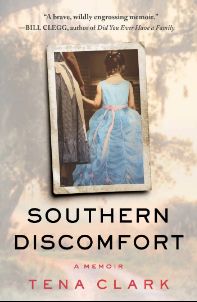