A Conversation With Lee Ann Womack

GRAMMY Museum® Mississippi is pleased to welcome GRAMMY-winning singer-songwriter, Lee Ann Womack, to the Sanders Soundstage for an intimate conversation about her impressive career and current album The Lonely, The Lonesome & The Gone. Ticket includes a catered lunch. Lunch will be available starting at 11:30 A.M.

NPR Music says Lee Ann Womack “occupies rare terrain in country music.” Her latest album 'The Lonely, The Lonesome & The Gone’ (ATO) has “some of the most immediate and deeply felt vocal performances” of Lee Ann's career, and that she captures “tapping into the emotional core of country” (NPR). Praised by anyone from The New York Times, the Wall Street Journal, New Yorker and more, Lee Ann has sung for multiple Presidents, performed award-winning duets with everyone from Willie Nelson and John Prine to John Legend, and much more. Lee Ann has built a career on songs that slice life wide open to let the pain and desire pour out; her music is the ultimate form of connection, unvarnished and true. With six albums and international chart-topping singles to her credit, Lee Ann has earned six Country Music Association Awards (including Single and Album of the Year), five Academy of Country Music Awards, a GRAMMY, and much more.

This program is presented in part by the Bologna Performing Arts Center. Please click below to purchase tickets to the BPAC concert with Lee Ann Womack at 7:30pm on September 18, 2018.  For any questions regarding the concert, please contact the BPAC Ticket Office directly at 662.846.4626  PURCHASE TICKETS 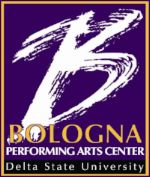